Due to current conditions and risks associated with the COVID-19 outbreak, we are cancelling the April 23 Quinn Memorial Lecture.

The Department of Psychology recognizes the urgent need to keep our students, faculty, staff, alumni, and guests safe—and we want to minimize transmission in the community by limiting close contact with others at this time.

The Quinn Memorial Lecture will be rescheduled to a later date and we look forward to hosting you at the rescheduled event.

For information on how UBC continues to monitor the development of the situation, including resources, click here.

The cognitive map theory assigns critical functions in exploration, spatial cognition and context memory to the mammalian hippocampus. This talk will explore the historical background to the theory, and its implications for the organization of memory in the brain across the lifespan. Unique features of hippocampal anatomy and circuitry will be described and related to the creation and maintenance of cognitive maps, and their role in supporting context memory. The importance of hippocampal maps for both recent and remote contextual memories will be emphasized. 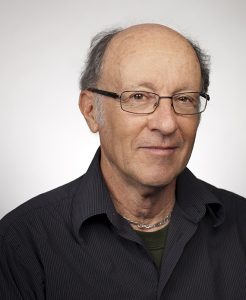 Dr. Lynn Nadel is currently Regents’ Professor Emeritus of Psychology and Cognitive Science. His work has focused on the functions of the hippocampus in memory and spatial cognition, leading to significant contributions in the study of stress and memory, sleep and memory, memory reconsolidation, and the mental retardation observed in Down syndrome. He has promulgated, with collaborators, two highly influential theories in cognitive neuroscience: the cognitive map theory of hippocampal function, and the multiple trace theory of memory. He was the co-recipient in 2005 of the Grawemeyer Prize in Psychology (for the “cognitive map” theory) and received the National Down Syndrome Society’s Award for Research (2006), the Sisley-Lejeune International Prize for Research on Intellectual Disability (2013), the Society for Experimental Psychologist’s Lifetime Achievement Award (2016), the Gold Medal for Lifetime Achievement from the American Psychological Foundation (2017), the William James Fellow Award from the Association of Psychological Societies (2019), and the Distinguished Scientific Contribution award from the American Psychological Association (2020). His research, published in over 200 journal articles, chapters and books, has been supported by grants from NIMH, NSF, NICHD, NINDS and several private foundations. He is a Fellow of the Association of Psychological Societies, the American Association for the Advancement of Science and the Society of Experimental Psychologists. At the University of Arizona he served as Head of the Psychology Department for 13 years (1989 – 2002), contributing to the emergence of the department as one of the strongest on campus, and in the top 20% nationally. He also served in the role of Interim Dean of Social and Behavioral Sciences in the early 1990s, has several times been Chair of the University-wide Strategic Planning and Budget Advisory Committee, and served for 4 years as Chair of the Faculty.

The annual Quinn Memorial Lecture brings together the UBC Psychology community and friends for an evening of dialogue and a chance to learn first-hand about some of the most innovative psychology research from renowned experts. The lecture is made possible by a generous gift to our department from prominent alumnus, Dr. Michael J. Quinn (1927-2004). Learn more.