In 2005, the Department of Psychology was informed of a new endowment available to fund pure research in memory, consciousness, and allied areas. Although the backer was not named, our department was being considered for the bequest, as was the Faculty of Medicine. Both units were given eight days in which to prepare a written proposal to the Executor of the donor’s estate.

After the Department of Psychology submitted a successful proposal and received the endowment, it was discovered that the benefactor was Dr. Michael J. Quinn, the second person to receive a PhD in psychology from UBC in 1969. This generous gift enabled the creation of an endowment that includes both Dr. Quinn’s extraordinary gift ($1,400,000) and a generous supplement ($210,000) from the Faculty of Arts. The Quinn Endowment is being used by the Dpartment of Psychology to fund a number of innovative programs including the annual Quinn Memorial Lecture and the Quinn Exchange Fellowship, which allows graduate students to work at comparable research labs anywhere in the world for up to a year. 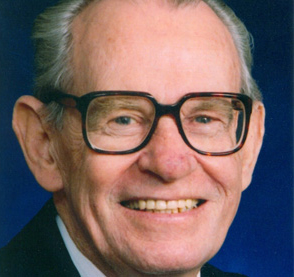 Dr. Quinn began his studies at UBC in 1955, where he embarked on a full-time degree course. Three years later he received a BA and MA with Honours in Psychology. In 1969 Dr. Quinn became the second person at UBC to receive a Ph.D. Dr. Quinn, a graduate of the department’s clinical program, had carried out pioneering research on physiological indices of psychopathology under the supervision of (now Emeritus) Professor Bob Hare. After receiving his PhD from UBC, Dr. Quinn went on to have a long and distinguished career as a clinical psychologist at Riverview Hospital in Coquitlam, BC.

UBC was a natural choice for Dr. Quinn’s passions for the transformative powers of education and research in the area of memory and consciousness.